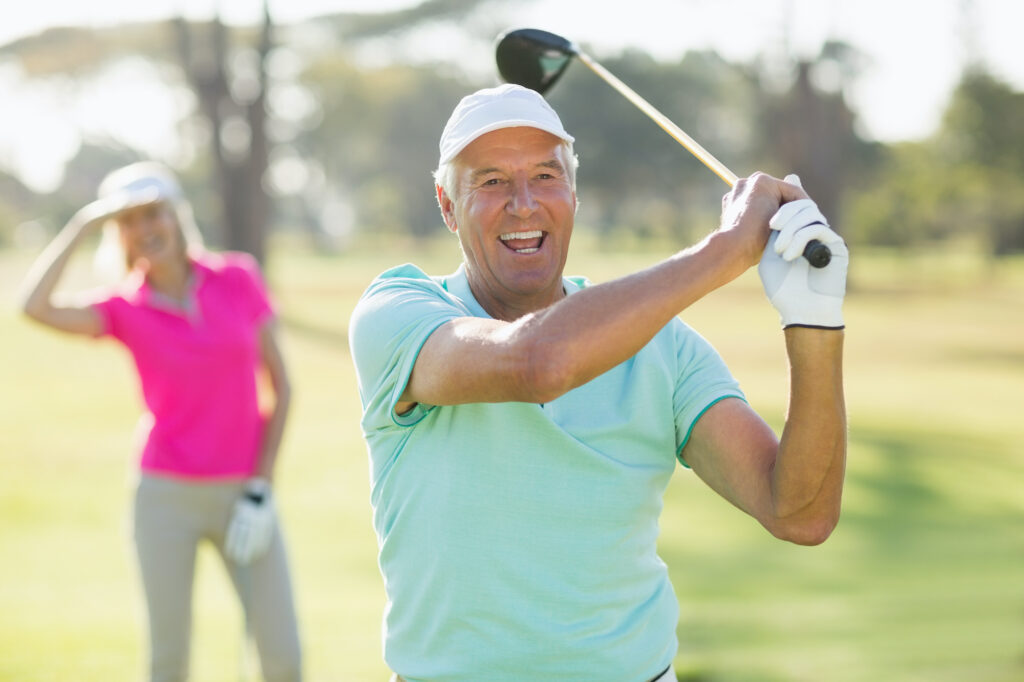 Men 60+ who did regular exercise at a ‘leisurely’ pace, such as golf, were up to 37% less likely to be diagnosed with the disorder, a Japanese study found. Experts say that the quick mental calculations done when lining up a putt or avoiding a bunker may help prevent cognitive decline. Researchers also say the social aspect of playing golf with others may also help stave off dementia, in addition to the benefits of physical exercise. However, this effect was not found for women who played more games of golf or other similar activities, like tennis or gardening.

Previous research has suggested factors like social isolation also increase the chances of getting dementia, with a lack of personal interaction with others a key risk factor. There is no precise way to prevent dementia. However, experts say that maintaining a healthy heart through regular exercise and eating healthy foods helps reduce the risk of the condition.

In this study, researchers at the Center for Public Health Sciences in Tokyo reviewed survey data collected between 2000 to 2003 from 43,896 Japanese seniors. On average, they were aged 61. The survey participants were asked to detail their average levels of daily activity. Each activity was given a score, based on the energy expended doing a task. These scores were then compared to dementia diagnoses logged between 2006 and 2016.

A total of 5,010 participants were diagnosed with the condition during this time frame. The results showed no clear link between moderate to vigorous exercise and any reduced risk of dementia. However, further analysis of the same set of data showed men who did lots of ‘leisure-time’ exercise were at less risk of the disorder. Men in the top 25%— in terms of the amount of leisure-time exercise they carried out — were 37% less likely to have dementia three years after being surveyed. This risk reduction remained even after other risk factors like smoking status, alcohol intake and BMI were taken into account. Nine years after being surveyed, the more active men were 28% less likely to have a dementia diagnosis, compared to the least active.

Lead author Dr. Norie Sawada suggested leisure activities, like golf, may help older man stave off dementia through both the mental calculations required to play and the social aspect.

‘Leisure activities that include cognitive activity have a protective association against cognitive decline and dementia,’ they said.

‘In addition, the social activity that accompanies leisure time physical activities, such as participation in golf competitions and enrollment in tennis circles, also has a protective association against cognitive decline and dementia.’

As to why women in the study did not enjoy a reduced dementia risk, Sawada thinks that they may already be getting similar benefits from their everyday activities, compared to men.

If you or a loved one needs assistance elder law or estate planning issues, do not hesitate to BOOK A CALL using our calendar. We are here to help.

Reference: Daily Mail (March 29, 2022) “Playing GOLF could cut your risk of getting dementia by a third, study claims”