How Can I Tell If I Have an Iron Deficiency? 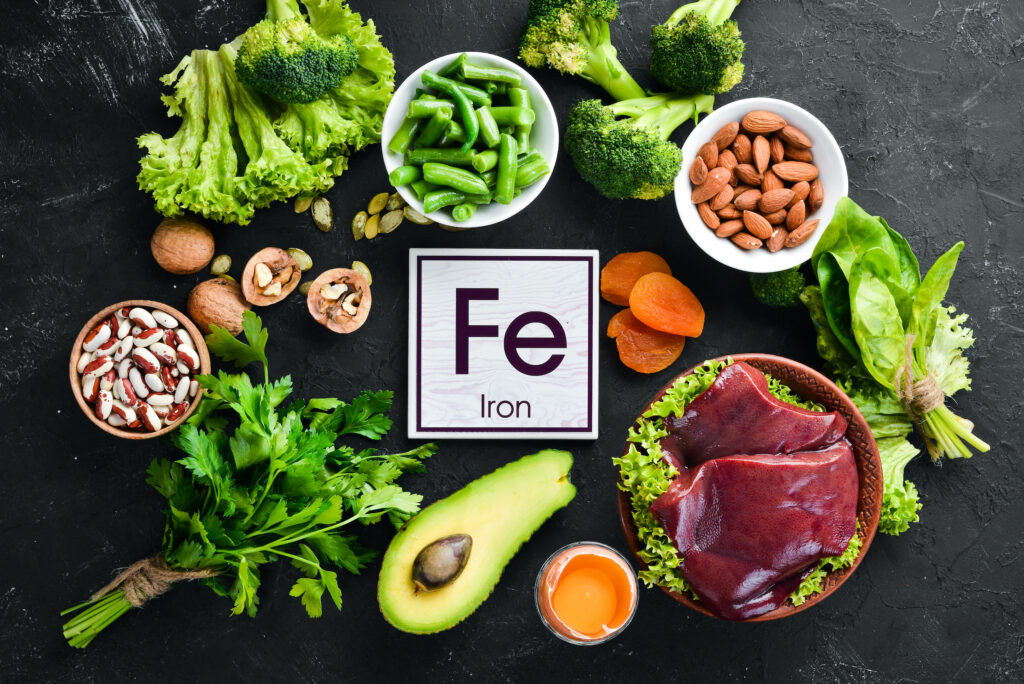 Your body requires iron to make hemoglobin. That is a protein in red blood cells that lets them carry oxygen around your body. If your body doesn’t have enough hemoglobin, your tissues and muscles won’t get enough oxygen to be able to work effectively—which can result in anemia.

Healthline’s recent article entitled “Signs of Iron Deficiency” explains that while there are different types of anemia, iron deficiency anemia is the most common type. The signs and symptoms of iron deficiency vary depending on:

In some instances, people experience no symptoms. Let’s look at some of the signs and symptoms of iron deficiency, starting with the most common.

Unusual tiredness. This is a common symptom of iron deficiency anemia. Without enough hemoglobin, your heart also has to work harder to move more oxygen-rich blood around your body, which can make you tired.

Skin that is paler than usual. The hemoglobin in red blood cells gives blood its red color, so low levels during iron deficiency make the blood less red. That’s why skin can lose some of its color or warmth in people with iron deficiency.

Shortness of breath. When hemoglobin levels are low during iron deficiency, oxygen levels will also be low. This means your muscles won’t receive enough oxygen to do normal activities, such as walking. Because of this, your breathing rate will increase as your body tries to get more oxygen. That’s why shortness of breath is a common symptom.

Heart palpitations. Noticeable heartbeats, also known as heart palpitations, can be another symptom of iron deficiency anemia. This may be related to oxygen supply, since low levels of hemoglobin mean the heart has to work extra hard to carry oxygen, which may result in irregular heartbeats or the feeling that your heart is beating abnormally fast.

Dry and damaged hair and skin. When skin and hair are deprived of oxygen, they can become dry and weak. If you’re losing clumps or much more than normal, though, it may be related to iron deficiency.

Swelling and soreness of the tongue and mouth. Look inside or around your mouth. The signs of anemia include a swollen, inflamed, pale, or strangely smooth tongue. Iron deficiency may also cause other symptoms around your mouth, such as:

Brittle or spoon-shaped fingernails. This is a much less common symptom and is called koilonychia. Usually, the first sign is brittle nails that chip and crack easily. In later stages of iron deficiency, spoon-shaped nails can occur, meaning the middle of the nail dips and the edges are raised to give a rounded appearance like a spoon. However, it’s a rare side effect that occurs in only about 5% of people with iron deficiency and is usually seen only in severe cases.

Other potential signs. There are a number of other signs that your iron could be low, but these are typically less common and can be linked to many conditions other than iron deficiency. They include:

PrevPreviousCan I Change My Estate Plan During Divorce?
NextHow Do I Know If Mom or Dad Needs Care?Next